Swap Meet
The club will be holding a swap meet on Saturday April 25, 2020 beginning at 8 AM.
Tables will be available on a first come first serve basis.
Buy – Sell – Trade firearm/shooting related items only.

Club Meetings are the second Monday of each month and begin at 7 PM. (Existing Members only).
If a holiday, meeting is the following Monday.
Existing Members are encouraged to attend.
No shooting is allowed 15 minutes prior to or during the meeting per our by-laws.

The trap range is club run on Sunday afternoon from noon to 2 PM.
The manual trap thrower is also available to members from 10 AM to dusk Monday through Saturday and from noon  to dusk Sundays provided the trap range is not being run by the trap committee. See below. 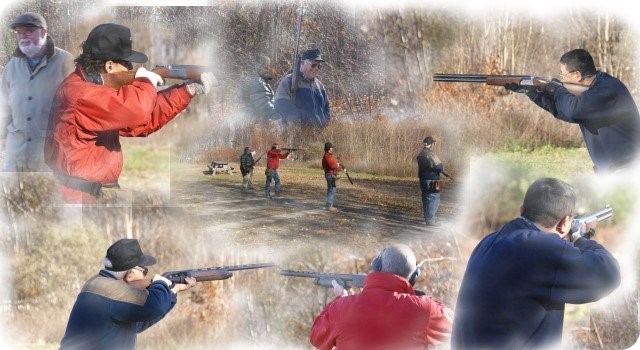 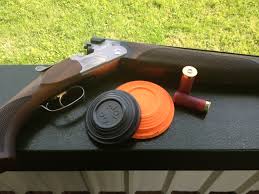 The Rifle Team shoots on Tuesday nights, 7:30pm to 10:00pm, from October through March. There are about 22 matches, half of them at home, and the schedule is posted in the clubhouse. Any senior member of the Club is eligible to shoot on the team. You can use any .22 caliber rimfire rifle, loaded one-at-a-time, with iron or telescopic sights. The Club supplies the targets. Only the top four weekly scores count for the match.

Ross Estabrooks, Chairman
E-Mail: This email address is being protected from spambots. You need JavaScript enabled to view it.

The primary purpose of the Civilian Marksmanship Program (C.M.P.), and the D.C.M. program it is descended from, is to introduce civilian shooters to the use of high-power military type rifles. Our club holds orientation matches on the third Saturday of the month, from March through November, to introduce shooters to the world of high power rifle target shooting.

The rifles which currently can be used in these service rifle competitions are the Venerable M-1 Garand, the M-14 (M-1A), and the M-16 (AR-15). Other rifles may be allowed at the discretion of the match director. These matches are designed around first-time shooters, although there is friendly competition among the more experienced shooters. For safety reasons, we attempt to have each shooter supplied with an experienced coach/spotter. BRPC supplies the rifle (M-1 Garand or AR-15), targets and 50 rounds of ammunition for a nominal fee (currently $25 for the M-1 and $25 for the AR-15).

Our current course of fire consists of 50 rounds fired from 4 different shooting positions. These matches are open to non-members as well as members. Any individual wishing to participate need only provide eye and ear protection. Junior shooters are welcome, but must be physically able to safely handle the rifle involved. Junior shooters currently receive a $5 discount on the above prices. Shooters using their own rifle and ammunition pay only $5 to cover the cost of the targets.

By participating in these matches, shooters also have the opportunity to purchase a service grade M-1 rifle from the Civilian Marksmanship Program for use in marksmanship training and competition. Please visit the CMP website at WWW.ODCMP. ORG for more information on the purchase process and rifle availability. Match dates are posted in the clubhouse, but are always on the third Saturday of the month from March through November. The match signup and orientation begin at 9 AM, and the actual firing begins at around 10 AM. Hope to see you there ! 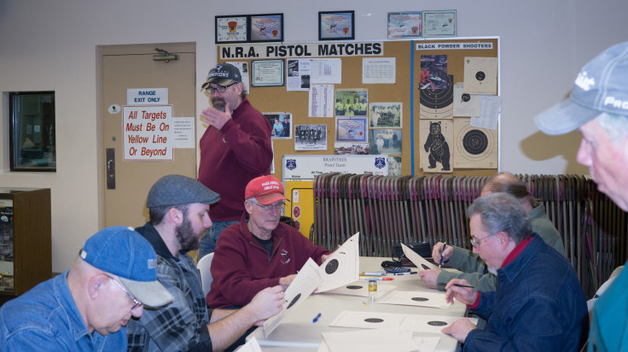 We hold a number of NRA Registered 900 or 1800 Indoor Pistol Tournaments each year in our 15 port 25-yard indoor range. Recently we hosted the Mass State Indoor Pistol Championships and the Hamilton Memorial, a metallic sight 900. These matches are open to NRA members only.  A .22 caliber rimfire revolver or pistol is needed to compete in the 900’s and a .32 cal or larger center fire revolver or pistol to compete in the 1800’s.  For more information, schedules and registration, see our NRA Tournaments website  here.

The Junior’s Program offers instructions in gun safety and competitive shooting with an emphasis in NRA 4-postion small-bore rifle shooting.  The program is open to all kids 11-18 years old. They need not be associated in any way with a club member or any organization. 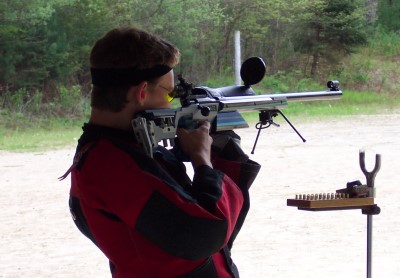 Program Instructors provide a comprehensive safety orientation and instruction on the use of the club’s 22 caliber single shot rifles.  The program runs from 7 PM to 9:30 PM every Friday night.  New shooters are welcome throughout the year.

The NRA small-bore 4 position’ and American Rifleman Qualification Programs are supported as is the Boy Scouts of America Rifle Badge Program. We have a BSA Counselor/Instructor in house. Girl Scouts, JROTC, Sea Cadets, 4H and school teams are also welcome. Large groups (more than 4) must contact me first so adequate range coverage can be ensured.

Range officers are always present as are experienced shooters and instructors. Total program cost is $20 per year and includes the use of club rifles (Marlin 2000 International Standard Rifle), ammunition (22LR), spotting scopes, slings, gloves and targets (A-17 & A-36). The course of fire is indoors at 50 ft. We provided the required eye and ear protection.

I look forward to seeing you on Friday. Please feel free to contact me with questions about the program.

The trap range is club run on Sunday afternoon from noon to 2 PM.
The manual trap thrower is also available to members from 10 AM to dusk Monday through Saturday and from noon  to dusk Sundays provided the trap range is not being run by the trap committee. See below.

The club purchased two new machines for the trap field. After the old machine stopped functioning it was determined that it was not worthwhile to attempt to repair the old trap machine. In its place, a state of the art, Pat-Trap wobble machine has been purchased and installed. This hydraulic machine throws both regulation and wobble singles and doubles. The machine has brought new enthusiasm to the trap field on Sunday afternoons and Tuesday evenings. Come up and give the machine a try. Members still pay only $3.00 per line of 25 birds.  Non members pay $4.00 per line.

Since the arrival of our new neighbors next door, the use of personal hand traps and manual throwers has been prohibited. A solution has been found so that shotgunning can continue on the trap field during normal club operating hours (8:00 a.m until sunset) excluding the weekly operation of the field on Sundays and Tuesday evenings. The club has purchased a top of the line Lincoln manual trap machine. This machine has been over-engineered for continuous outdoor usage. Many top sporting clay courses make use of these traps for their operation due to their reliability. The machine has been permanently mounted in a location between the two trap fields. To ensure that all shot falls within our property lines, the machine has been welded so that all birds will fly in a right hand arc. In the unlikely event that a bird flies any where to the left of the machine, it is NOT to be shot. Club rules for the trap field state: “when utilizing mechanical or hand thrower, the operator of same must remain behind the shooter and all targets are to be thrown into the target area”. Shooters must stand in front of the 16 yard forward positions on Trap Field #1 and in front of the safety stakes to the left of the machine. This will afford the shooter a variety of positions and angles.  Members must provide their own clay targets.

To ensure the continued safe use of the trap fields, the use of number 6 shot shells and magnum loads are no longer allowed. Only target and standard field loads, number 7 ½, 8 and 9 are allowed.

The club will be reinstalling a position for the patterning of shotguns on the training field. Target holders will be provided for use. No patterning of shotguns is allowed on any other range including the trap field. All size shot shells are allowed. Shotgun slugs are allowed only on the outdoor rifle range in accordance with normal club rules. Target holders must be removed after patterning.

These new machines would not have been possible without the cooperation of the executive board and the work of a number of people including Joe Norman, Vinny Nigl, Gary Woodworth and Ross Estabrooks. Trap committee members who installed, dug holes, poured cement include Paul McSweeney, Jim Murphy and Bob Solarchick.

The new trap machines are for the enjoyment of all club members. The new wobble machine brings added fun. The new manual machine allows private practice and will help train novices to shotgunning without the fear of intimidation from a trap line. Enjoy and be safe!

The best way to communicate with the club is via email
Most questions can be answered by reviewing the information on the web site.

Contact Us by Email at BRPC
the Contact Form
has been temporarily disabled.
Please email us directly at
Contact@BraintreeRPC.com